What Are Cavity Wall Ties?

A wall tie is an invisible component found in a cavity wall. Wall ties - sometimes referred to as "brick ties" - are used to secure interior and exterior walls. Wall ties have actually been used in construction methods since the 1800s, and by 1945 had become a standard part of cavity wall construction, a method used in most houses because houses with cavity walls proved to be warmer and drier.

Since that time, filling cavity walls with insulation has become an increasingly popular way to insulate homes. Just because the wall junctions are not visible from the outside of the building, that doesn't mean they aren't important! 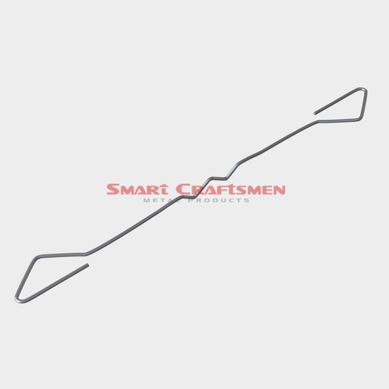 Wall ties are installed during the construction of a cavity wall and hold the exterior and interior walls (or "leaves") together. Wall ties play a vital role in the stability of the building, and by joining the outer and inner leaves together, they ensure that the wall acts as a homogeneous unit.

Improperly installed wall joints that are not installed to the correct density and style can lead to serious structural problems. Made of metal, wall pillows are both non-corrosive and fire-resistant, and have special water resistance that helps prevent moisture from entering the building's inner leaf from the outside.

Wall ties are inserted at regular intervals during the construction of the two leaves, and the ends of the wall ties are embedded in the mortar of the two leaves at equal intervals to a depth of 62-75 mm. The hollow walls that the wall ties can be used to make are made of brick, wood, and steel. Today, cavity walls are being built wider so that they can accommodate thicker insulation as energy efficiency increases.

Modern cavity walls range in depth from 50 to 450 mm, so it is critical to use the correct wall junctions. Wall cladding should be carefully inserted at the correct density, with a minimum density of 2.5 strips per square meter defined in Eurocode 6. Additional ties must also be installed around openings and unbounded edges. 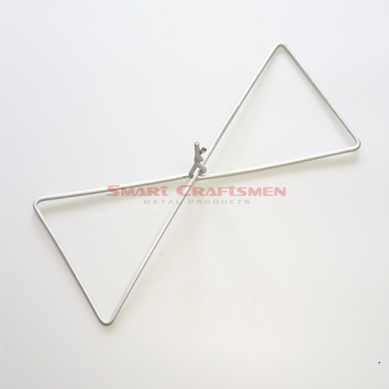 The design of wall ties has evolved over the years. In the early days they were made of terracotta, wrought iron or cast iron, but later galvanized mild steel became the metal of choice, but it soon became apparent that this was not a good choice as it began to corrode after about 15 years - although one had hoped it would last for the life of the building. Since the early 1980s, wall ties consisting of a triple coating of zinc on a stainless steel tie have been used, a composition that has been approved by British Standards.

The latest design of wall ties has been found to be very effective as the ties expand within the wall cavity and respond well to changes in external temperature, and this has been found to protect the stability of the structure. In addition, the wall ties help prevent water from penetrating the outer leaf and reaching the inner leaf. Many construction companies are now using wall ties made from other composite materials.

The latest generation of wall ties has proven to be beneficial because the outer leaf (wall) tends to be taller and thinner by design, while the inner leaf is a load-bearing wall and is well supported. Wall ties play an important role because they give the outer leaf greater stability.

For more information and help. Smart Craftsmen is your best choice. Contact us today to learn more about our wall ties options, and start experiencing their unique benefits.

Previous: How Many Wall Ties Should I Use?

Next: Something You Need to Know about Rebar Tie Wire